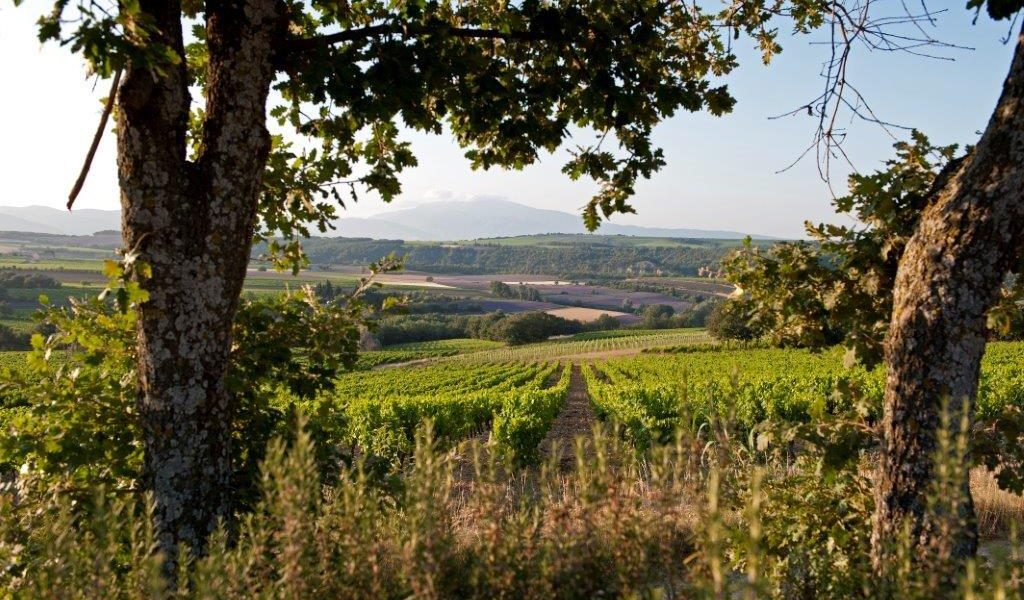 Stéphane Vedeau started his professional life as a soccer player at the age of 19, while studying economics at the University of Paris. In 1987, he got his first job in the wine world, in sales, but very quickly, he became interested in the technical part and in the vinifications.  He participated in his first grape harvest and vinification in 1989; and in 1992, he bought his first vineyard in the Languedoc, in the Montpeyroux appellation.

When Stéphane  arrived in the Rhone Valley in 2000, he had one part of the vineyard in property and the other in “fermage” (lease). Now, it’s all owned vines. In 2010, Stéphane bought the Clos Bellane in Valréas and in 2020, the Val des Rois, located next to the Clos. In 2022, new vineyards in Rasteau expand La Ferme du Mont.

The initial vintages, 2005 and 2006, were produced in a partnership with Coralie Gourmarre of Domaine Galevan. Since then, Stéphane began producing the wines of La Ferme du Mont on his own. From these very first vintages, Robert Parker described Stéphane as “one of the young, energetic Turks of Chateauneuf du Pape … Something about him reminds me of the obsessive-compulsive St.-Emilion proprietor, Francois Mitjaville. This is a seriously talented winemaker who is quickly emerging as a star of the southern Rhone.”

Terroir: The vineyards used for the grapes placed into the wines since 2011 are being farmed using 100% Biodynamic farming techniques Prior to that, they were farmed using self sustaining farming practices, with the use of any pesticides or chemicals. In 2014, they earned the certification of Agriculture Biologique.