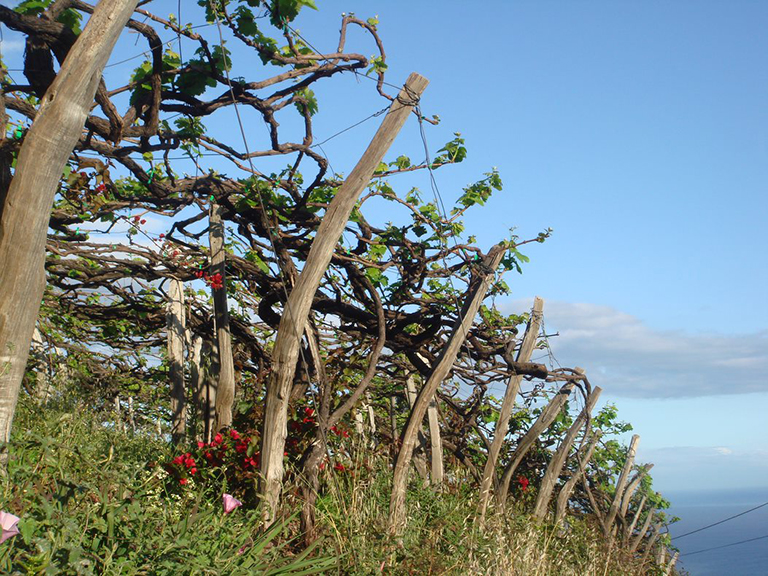 Known as the most important producer of Madeira, Justino’s has a long history on the island. With a state of the art facility, Justino’s is able to simulate the history journeys that previously produced the beautiful wines of the island.

Size of property: There are 1600 wine growers and Justino’s purchases grapes from 800 of them.

Terroir: The island of Madeira has an oceanic, tropically-influenced climate and volcanic soil. With high rainfall and an average mean temperature of 19°C (66°F), fungal diseases and botrytist are constant hazards. To combat these threats, Madeira vineyards are often planted in low trellises known as latada that raise the canopy off the ground. The wine is cultivated in terraced steps of red and basaltic bedrock called poios. Broadbent Madeira is made in the classic British style. All of the Broadbent Madeira’s spent time in 650Litre cask with as much as 150 years of age.